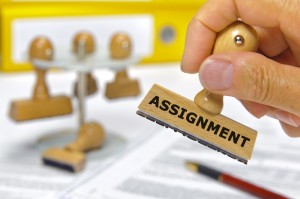 With the strength of the preconstruction market over the past decade, many have chosen to reap the benefits by purchasing property on plan from a builder and subsequently selling the rights to the property, with a markup, to another buyer before closing. Selling a construction property prior to closing is formally known as an assignment of a property. Not all assignments are done strictly for profit; there are situations that may arise requiring a purchaser to assign a property originally intended to be a principal residence. Most builders allow assignments to be done at little to no charge. However, it’s important for anybody considering assigning a property to be aware of the nuances involved. In particular, what are the potential HST implications on the sale of the right? How should any potential markup earned on an assignment be reported; as a capital gain or business income? The latter will be discussed in the second of this two-part blog; here I will first discuss HST considerations.

To answer the HST question, it will depend on the determination of the primary purpose of the property from the point-of-view of the CRA. Namely, was the property purchased with the intent of reselling at a markup, or was it originally purchased as a primary residence only to have extenuating circumstances require the assignment? If the intended purpose of the property is concluded to have been to resell for profit, the CRA could define the assignor of said property as a “builder” for HST purposes, even if the assignor is simply a buyer and not actively involved in the construction process. Furthermore, if the assignor is ultimately deemed a builder by the CRA, they are subsequently required to charge and remit HST on the markup earned from the assignment. The CRA will take various factors into consideration in ascertaining the intended purpose of a property and whether the title of “builder” should be transferred to an assignor. Some of the primary factors considered by the CRA can be found in the GST info sheet GI-120 here.

They include, but aren’t limited to:

There are other considerations as described in GST/HST Memorandum 19.2 that can be used to determine if an assignor may be considered a builder, but those summarized above are most commonly used to identify a builder. Allow me to illuminate the point with a couple of examples.

Bob and Natasha own a 3-bedroom house where they live with their two children. In May 2010, they entered into a purchase and sale agreement with a builder to buy a single bedroom condo. The purchase price was $310,000 with a closing date in November 2011. In June 2011, while the property was still under construction, they assigned the right to their property for $350,000.

Point four listed above may be used to determine that Bob and Natasha be deemed builders in this case and be forced to charge HST on any markup earned from their assignment of the one bedroom condo. Even if they have no prior history of buying and selling real estate, it would not have made sense for a family of four to leave a 3-bedroom dwelling in favour of a one bedroom condo. Based on the available information, it appears likely that their primary purpose in acquiring and selling the property before closing was to sell the condo unit at a profit. 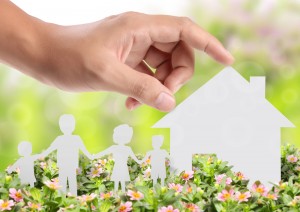 Nelson and Eva rent a 3-bedroom house where they live with their two children in Toronto. After learning that Eva is pregnant with their third child, they felt their rented unit was too small to accommodate their burgeoning family. They enter into a purchase and sale agreement with a builder in February of 2012 to buy a new 4-bedroom house, set to be completed in May of 2013 for $450,000.
In January 2013, Nelson was promoted with a substantial raise and his new position required him to move to Ottawa. As a result, the family assigned the 4-bedroom property for $500,000. In Ottawa they purchased a 4-bedroom property to live in.

In this instance, it’s clear that the assignment of the right to the property was a result of work relocation and that the primary purpose was not to resell interest of the house for profit. Nelson and Eva would likely not be considered builders in this case and thus would not be required to charge HST.

From the point of view of the assignee, they would then be eligible to benefit from the HST rebate on a newly constructed property on the extra $4,600 remitted. Generally, the HST rebate is applied for by the builder on behalf of the buyer and factored into the final price. Thus, the original $310,000 price paid by the assignor when the price was first agreed upon with the builder had already factored in the rebate due to be received after closing. Here’s the breakdown of the original $310,000 purchase price:

The breakdown of a $310,000 purchase price in Ontario is as follows:

Had the builder not factored in the rebate, the original purchase price would have been $22,985 higher. Since the CRA only allows one HST claimant on the property, it is in the best interest of the assignee to pay the total price of the property, inclusive of all tax, and then apply for the full rebate themselves. Thus, the purchase price for the assignee would total $372,985 ($350,000+$22,985 original rebate). Not only would the assignee receive the $22,985 original rebate back, they would also get an additional rebate of $2,761 due from the extra $4,600 HST paid on the $40,000 markup. The breakdown of this additional rebate is as follows:

The rebates available on the federal and provincial portion of the HST are not always straightforward. If you are unfamiliar with the calculation of an HST rebate on newly constructed properties, like the one demonstrated above, I invite you to read my HST rebate blog here.

Watch for part 2 of this article where I will discuss the effects on income tax for an assignor.

Disclaimer: The information contained herein is not meant to be professional advice but for educational purposes only. You should consult with your accountant when handling such matters.