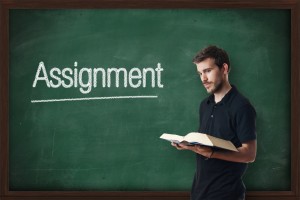 In the first part of this article, we discussed how the CRA may view an assigned property, specifically the possibility that they may view the assignor of a property as a builder, and examined the related HST implications that follow. The article can be found here. If you have not already done so, I encourage you to read part 1 as it provides valuable information that could save you money along with insightful examples which we will reprise in this article. In part 2, I will be discussing the income tax implications for someone who assigns a property. Upon assigning a property, an individual is required to report the profit as income on their T1 in the following year when they file their taxes. But what kind of income should the sale be reported as? Most simply assume the profits from the sale will be considered capital gain income by the CRA, subsequently requiring taxes to be applied for just half of the profit. This presumption, however, does not always hold true. It is possible for the CRA to deem the income to be fully taxable business income. There is no specific provision subsumed within the income Tax Act outlining the circumstances in which the proceeds from a sale of property are to be reported as capital or business income. The courts have historically considered several factors in making such a determination. Some of the primary factors considered are listed below and can also be found, with greater detail, on the CRA website here. These factors include:

Taken together, these factors will be used to influence the CRA in making a determination on whether a sale of a property will be considered as business income or capital gains. Let’s revisit the examples from part 1 of this article using the factors listed above to determine what type of income the CRA would likely consider the proceeds of the sale to be counted as.  Example 1 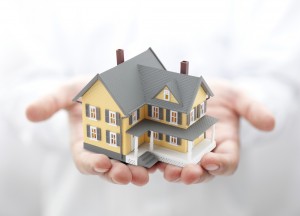 Bob and Natasha own a 3-bedroom house where they live with their two children. In May 2010, they entered into a purchase and sale agreement with a builder to buy a single bedroom condo. The purchase price was $310,000 with a closing date in November 2011. In June 2011, while the property was still under construction, they assigned the right to their property for $350,000. Let’s add the additional assumption that each of them earns $50,000 annually. If the CRA could prove that Bob and Natasha likely couldn’t afford the condo when it closed, that may be used as to determine their intent was to turn a profit. In this case, assuming there wasn’t any money borrowed, and any down payments made along the way were made from a short-term form of financing, like a Line of Credit for instance, that could tilt the scales in favour of speculative intent. After all, $100,000 combined gross income with 2 children and a 3 bedroom house to tend to would make it difficult to afford an investment property at $310,000. Further evidence to be considered would be their occupations. If Bob or Natasha were real estate agents, that would certainly be a strike against them. Even if none of the above factors provided strong enough evidence to consider the sale as business income, the CRA could still refer to IT Bulletin 459titled “Adventure or Concern in the Nature of Trade”. In this bulletin, point 2 states that when a sale of a property is done infrequently, or possible only once, rather than habitually, it still is possible to hold that the person has engaged in a business transaction if, in accordance with the definition of “business” in subsection 248 (1), it can be show that he has engaged in “and adventure or concern in the nature of trade”. In general, it means the CRA will carefully examine the taxpayer’s conduct, the nature of the property and taxpayers intentions with respect to the property in determining if the assignor is engaging in the business of speculating on the property for profit, even if doing so is not a common form of behaviour on the part of the assignor. For more details, you can view CRA IT Bulletin 459 here.  If the profits are found to be a capital gain, and assuming from part 1 of this article that they are deemed builders by the CRA and forced to remit HST on the profit, the taxes payable are as follows:

Taxable Capital gain for each (assuming the property is in both of their names) would be $8,850 with an income tax payable of $2,743.50 each (tax rate of 31% based on their marginal tax rate). Therefore, as a capital gain, they are left with just under $30,000 after HST and income tax. Let’s see how this compares to the case where profits are ruled as business income.In this situation, the full net profit of $35,400 (or $17,700 apiece) would be taxed at their marginal rate of 31% for a total tax payable of $10,947. They are now only left with just under $24,500. The difference is considerable and becomes more substantial the higher the marginal tax rate. Example 2 Nelson and Eva rent a 3-bedroom house where they live with their two children in Toronto. After learning that Eva is pregnant with their third child, they felt their rented unit was too small to accommodate their burgeoning family. They enter into a purchase and sale agreement with a builder in February of 2012 to buy a new 4-bedroom house, set to be completed in May of 2013 for $450,000. In January 2013, Nelson was promoted with a substantial raise and his new position required him to move to Ottawa. As a result, the family assigned the 4-bedroom property for $500,000. In Ottawa they purchased a 4-bedroom property to live in. Assume both their incomes are $100,000 annually. In this situation it is likely that Nelson and Eva will be allowed to report the proceeds as a taxable capital gain since the nature of their circumstance seem to indicate they had no choice but to sell the property, and that the sale came about by unforeseen events. So long as other factors, like the ones explained above, don’t strongly conflict with this presumption, the ruling is straightforward. In this case, as was explained in article 1, we also note that HST would not apply. The calculation is as follows:

With a taxable Capital gain of $12,500 each, and a tax payable of $5,425 a piece (tax rate of 43.4% based on their marginal tax rate) they are left with $39,150 after-tax profit. For the sake of comparison, had the gain been treated as business income instead, the after-tax profit would plummet to $28,300. Disclaimer: The information contained herein is not meant to be professional advice but for educational purposes only. You should consult with your accountant when handling such matters.